In this blog, Steve Dorrity, Application Support Specialist at Agilisys Guernsey, discusses his career, his passion for mountaineering, and his experience volunteering with Guernsey Cliff Rescue. 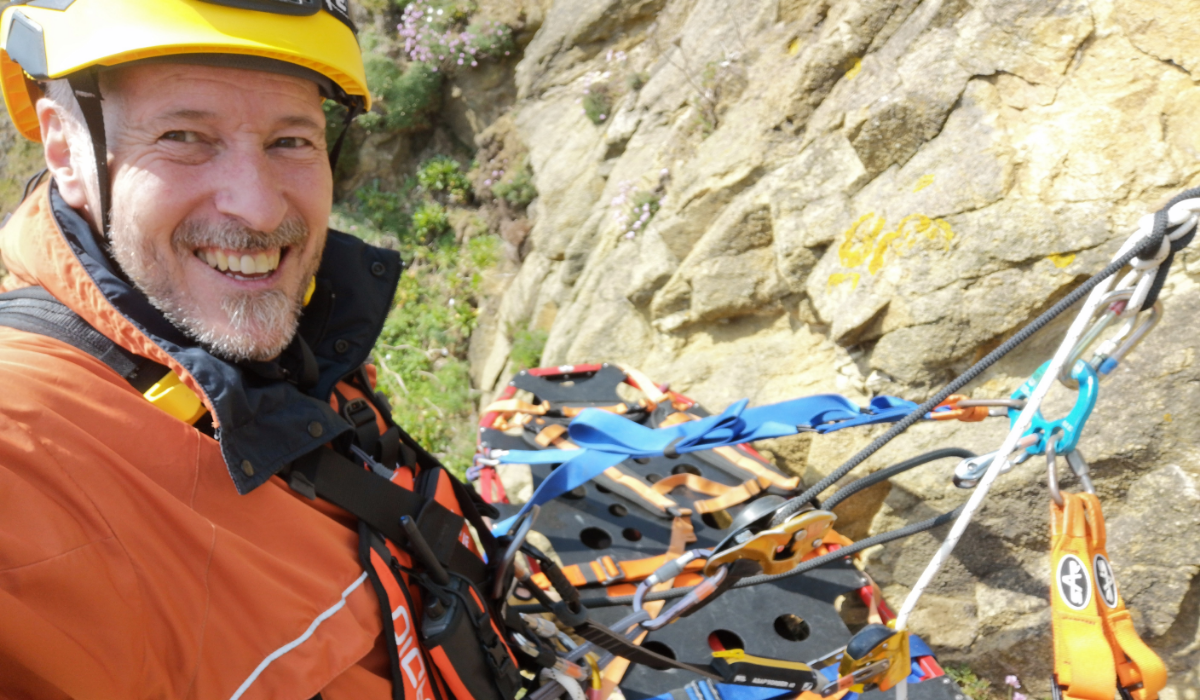 Hi Steve! Can you tell us about your career to date?

My role is Application Support, mainly focusing on Bailiwick Law Enforcement (BLE). This means offering technical support to colleagues in the States, primarily by maintaining applications and resolving requests. But it’s also about helping end-users to understand how to use an application and working together to resolve any issues.

Prior to moving to Agilisys Guernsey, I was the IT Manager at Guernsey Police for over twenty years. When I started at the Police, we had two servers and about six or seven PCs for the whole station.  All reports were handwritten, and there was no electronic filing at all.  By the time I left, there were about 30-odd servers and 180 PCs.

So, as you might imagine, I saw a huge amount of change and transformation during my time. For example, in the early 90’s, the force bought a product called LinkWorks, which enabled users to access their own desktop regardless of which machine they logged into.  This was quite advanced for the time.

Whilst on a training course, I learned that you could program this environment and modify the objects within it – meaning that you could model real-world objects.  This was the same modelling that McLaren Racing used to design racing cars and that British Nuclear Fuels used to model processes.

We applied LinkWorks’ modelling to build digital ‘containers’ to store data and manage cases. Implementing this system made us one of the first Police Forces in the British Isles to have a linked, fully electronic case management and nominal index system.

What followed was about twenty years of developing the system until it was eventually replaced with an off-the-shelf police records management system.  We were able to modify the system to suit how the force worked, and were very lucky to have the services of an outstanding developer who, when he wasn’t working with us, was also contracted to MI5.

Until a specific hi-tech crime unit was established, I helped work on criminal cases involving computers or the internet together with my colleague Adrian Bowditch. Both myself and Adrian, who is now a member of our Agilisys Guernsey Hosting Team, held Security Check (SC) level security clearance from the security services, which meant we could work on classified systems.

How did you get into mountaineering?

It is difficult to get into Mountaineering – especially when you’re growing up on a small Island in the English Channel!

As a child, I was not much good at 'normal' sports, but I had a real passion for the outdoors. When I was 15, I started rock climbing on the south coast of Guernsey with the Scouts. I loved the adventure and read every book I could find.  For me, climbing mountains felt like the next step.

At the age of 21, I was sponsored by the Guernsey Scouts Association to train as a Mountain Leader in Scotland.  This was a fairly new qualification at the time, and I was likely one of the first trainees.  Sometime later, I became a full-time instructor with Outward Bound in Ullswater for a few years, helping young adventurers on expeditions across hills, seas, and rivers, before finally returning to the Island. 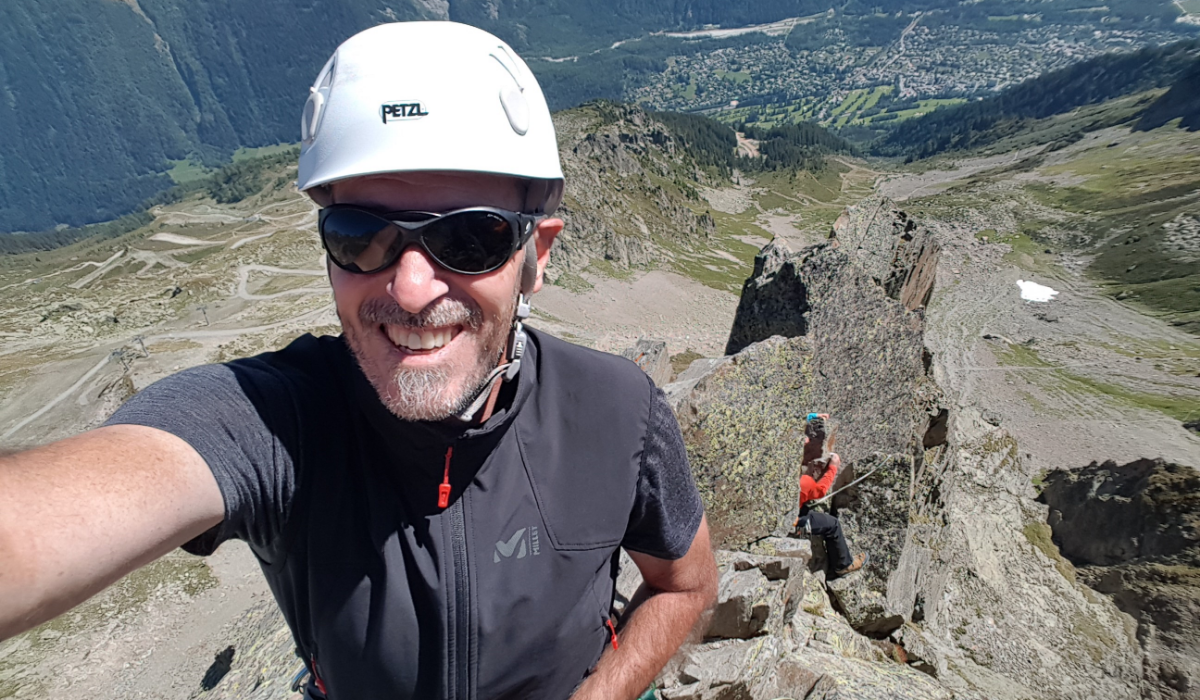 What do you love about it?

It is difficult to put into words.  It’s no secret that climbing and hiking steep mountainous terrain can be very uncomfortable and even dangerous. But for me, the enjoyment comes from testing myself, learning what I’m capable of, and afterwards, relishing the feeling of achievement.

The mountains, especially the Alps, are very beautiful and bring an inner peace – both because you’re immersed in nature, but also because you’re focused on the essentials of life. Mountaineering is inherently hazardous – and so, survival skills are crucial in addition to physical and mental strength, endurance and resilience.

It’s impossible to go mountaineering on your own. It really is a group activity where you’re all very dependent on each other and, as a result, you develop leadership and communication skills. But most importantly, you build incredibly strong bonds with the people you climb with. 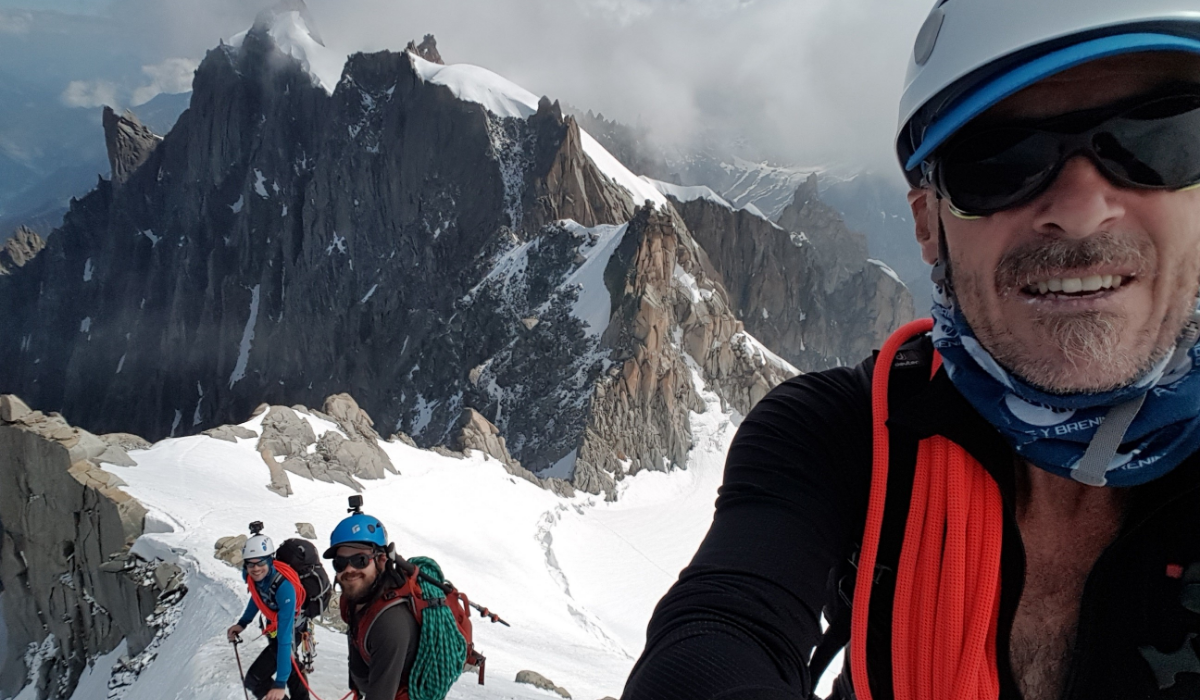 What has been your favourite mountaineering experience?

Bizarrely, one of my best experiences in the mountains was failing to summit on my latest trip. We were attempting to summit the Matterhorn, which straddles Italy and Switzerland, and is one of the highest summits in the Alps.

We knew that the conditions were marginal, and we only had a short weather window.  We were climbing on the Italian side and made good time up to the Carrel Hut, a refuge situated at an altitude of about 4000m, where we were to spend the night.

The next morning, we set off about 5AM along with three other teams. Upon arriving at Pic Tyndall (the first minor summit below the Matterhorn), we found that there was a lot of thin hard ice called verglas, which is difficult to climb on. At this point, most of the other teams turned back.  We continued for another hour or so, but I felt that we were climbing too slowly to summit in a reasonable time and get back down safely.  So, we turned back and made our way back to the Carrel Hut to pick up gear we had left there, before heading down to the Italian town of Cervinia.

Most people don't understand that despite failing to summit, it was still a great day for me. I didn't feel I was out of place on the mountain, I was happy with how I was climbing, and I was pleased with my decision making.  Mountaineering is all about risk management, and I felt that we had made all the right decisions.  I will still be going back this year to finish it though! 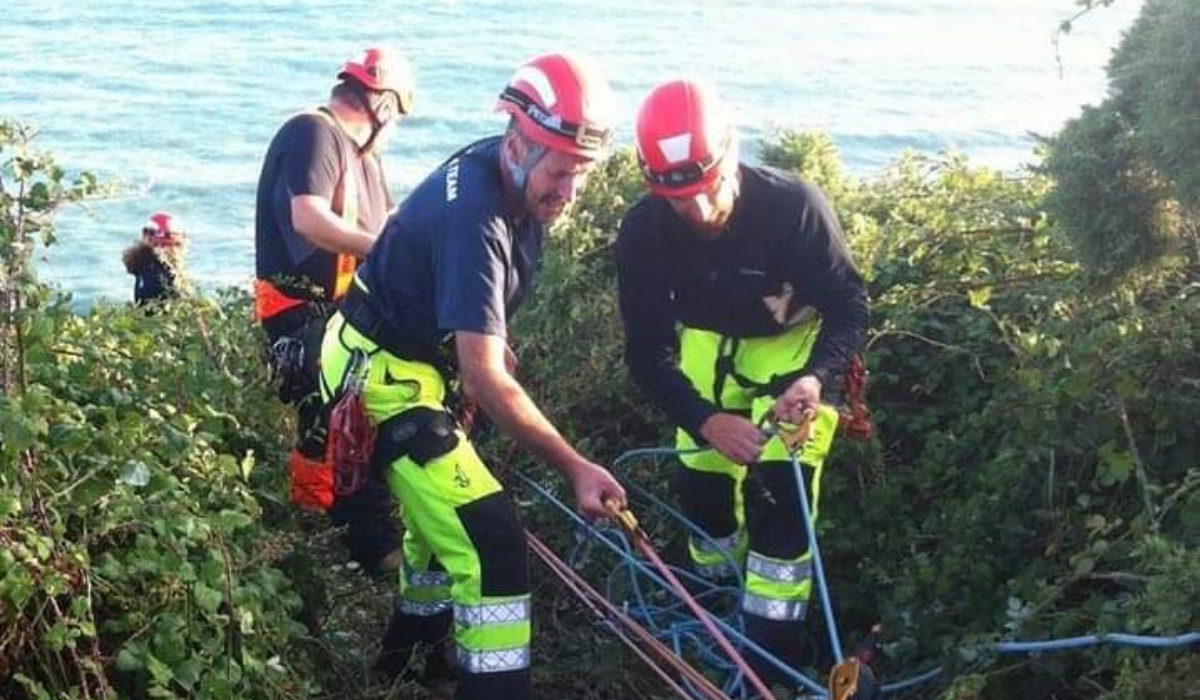 Can you tell us about your volunteering work with Guernsey Cliff Rescue?

Some years ago, I and other members of our Mountaineering Club joined the St John Cliff Rescue Team – which is now today part of the Guernsey Fire & Rescue Service.

While the Fire Service now supports our vehicle with servicing and fuel, we are still a charitable organisation staffed by volunteers and reliant on donations to cover equipment.

Within Guernsey Cliff Rescue, I am a 'Team Principal', which is effectively a team leader. This means I am trained in all aspects of the different team roles and can take command of an incident if required.

The team train on the first Saturday of every month and get called out around two or three times a year. The last incident was just before Christmas when we helped to rescue three people and a small dog from the cliffs at Icart – making for a very happy Christmas ending indeed.

What do you like to do in your free time?

Closer to home, I’m the current President of the Guernsey Mountaineering Club and enjoy teaching new climbers and introducing them to outdoor climbing.  I also occasionally help the local Duke of Edinburgh group (I have to really – my son runs it!).

Steve Dorrity is an Application Support Specialist at Agilisys Guernsey. In his free time, Steve is a keen mountaineer, and is the President of the Guernsey Mountaineering Club. Using his rock-climbing and mountaineering skills, Steve volunteers as a Team Principal with the local charity Guernsey Cliff Rescue.